Keeping the Chills out!

I gave a sneak peak a while ago to a special project I was making for my daughter's birthday. I promised a finish post but alas, I never got around to taking the pictures until now. 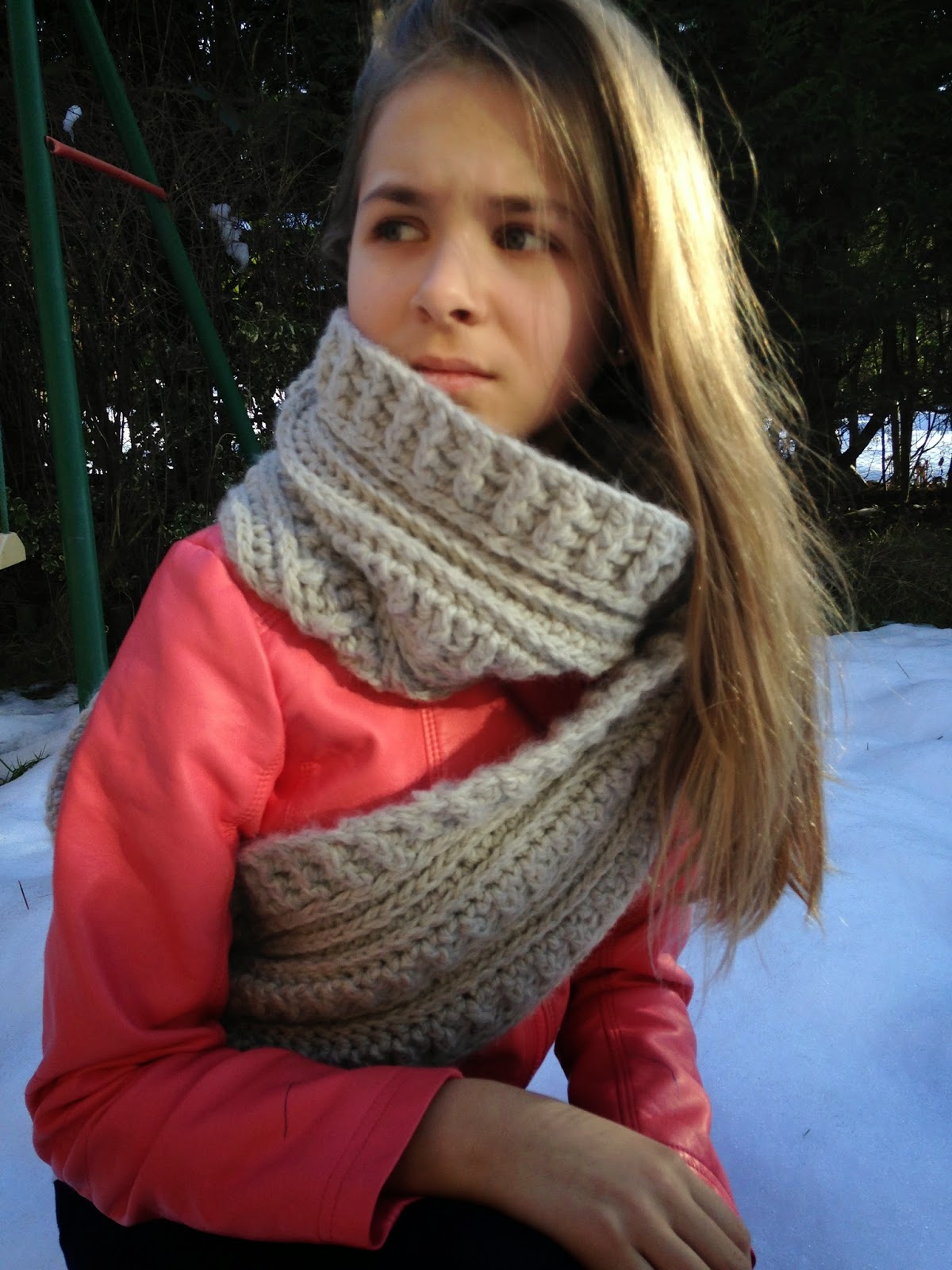 With her obsession with the Hunger Games novels and films, this pattern was just the ticket and truth be told, she has rarely gone a day without wearing it. 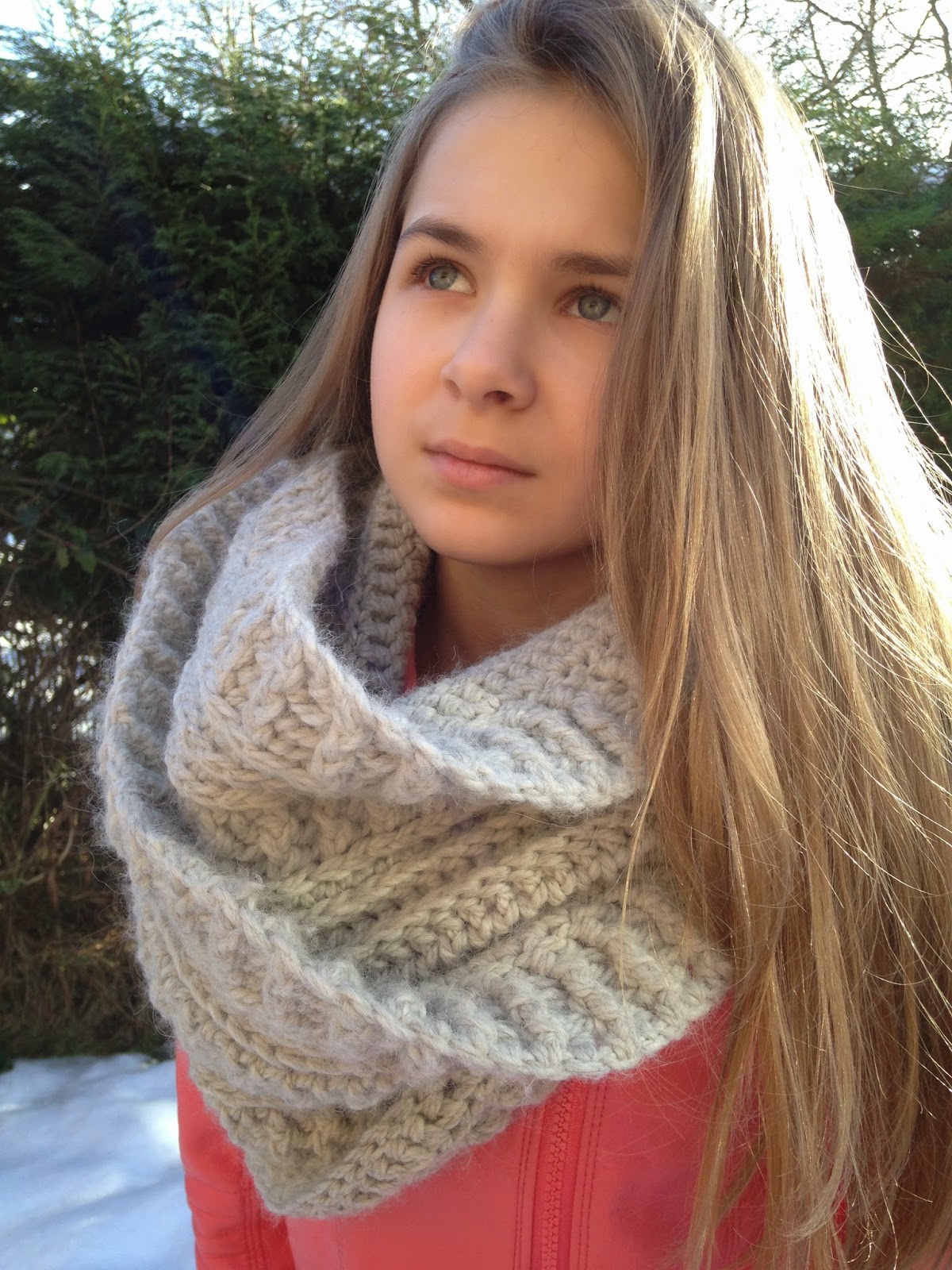 There are different ways to wear it..... 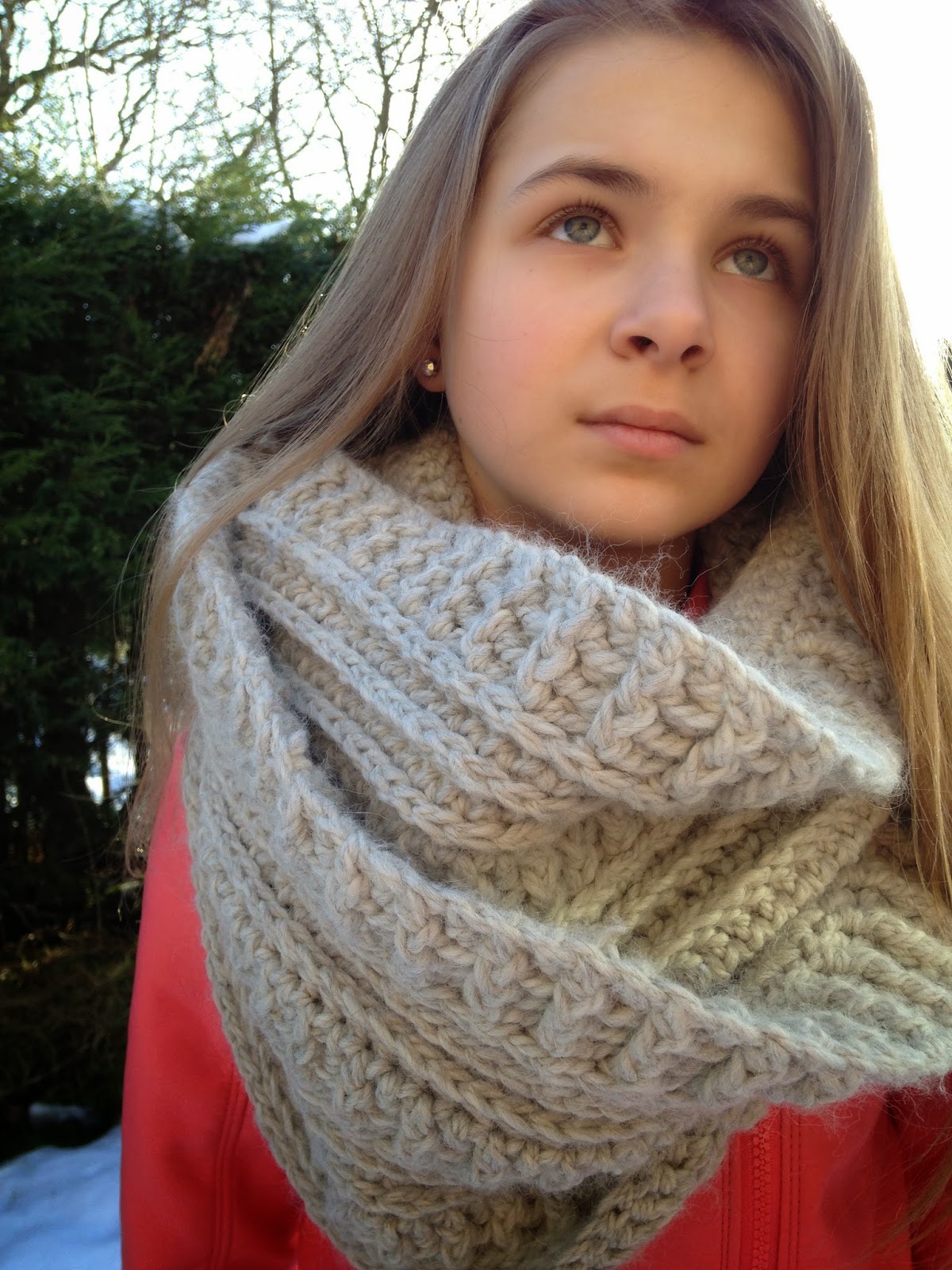 It is extremely thick and heavy and verrrrrry snuggly. The yarn I used was Drops Andes in Light Grey mix which you can find here. 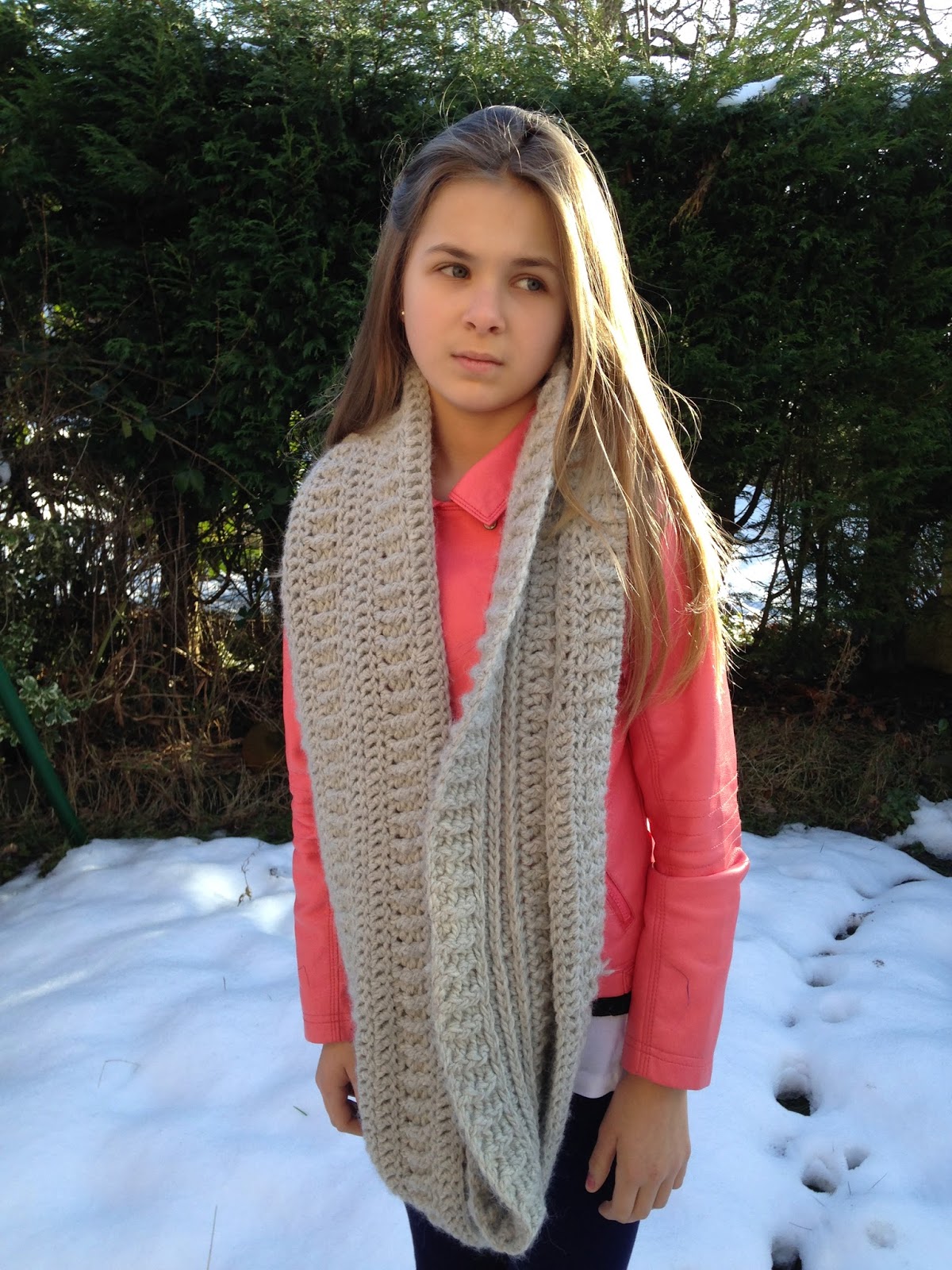 Below is a close up of the pattern. I did have to leave out the last two rows as I ran out of yarn but felt it was thick enough for my 12 year old anyways!! You can find the pattern here. It is very easy once you get going and just follow the steps. 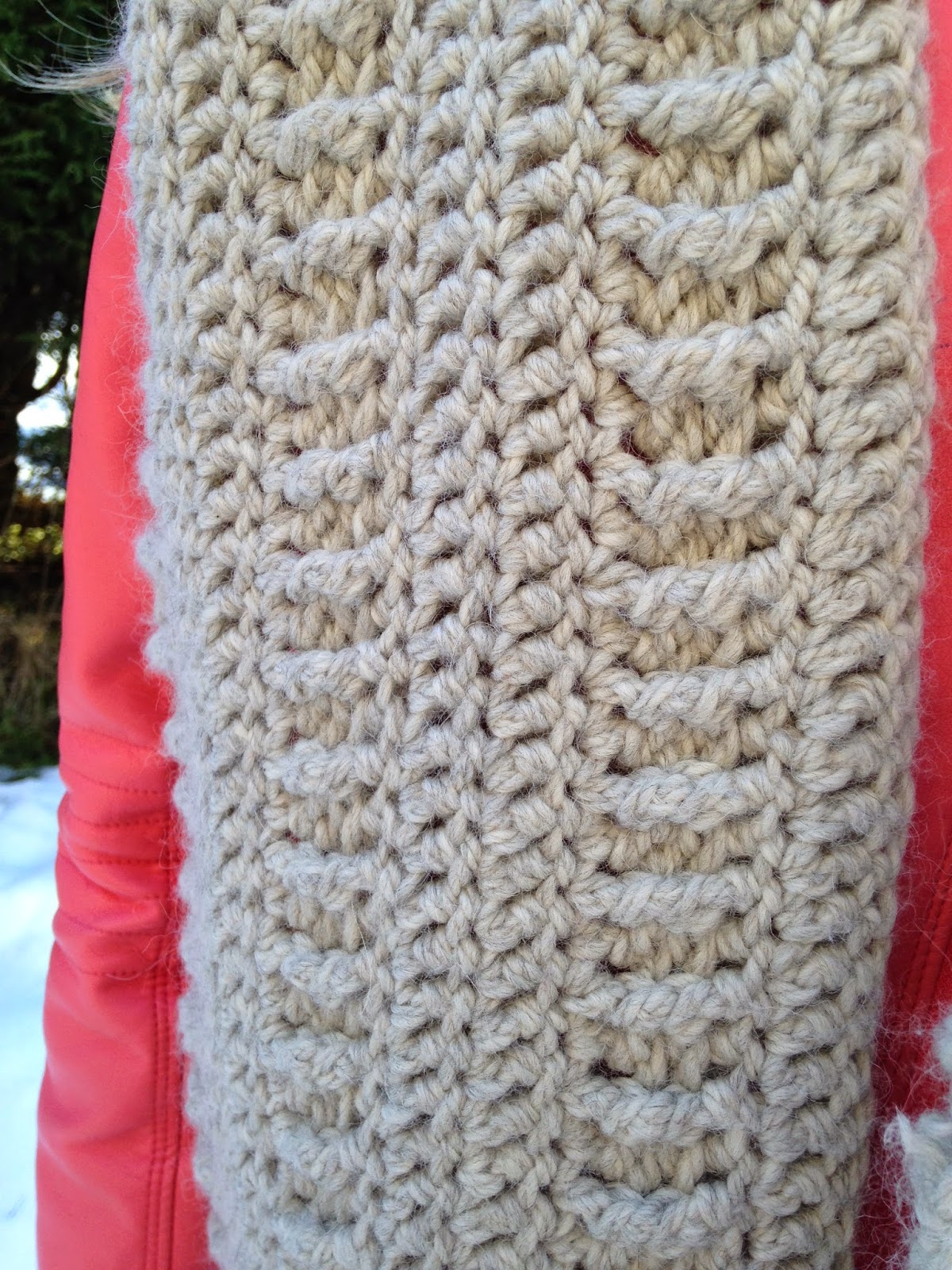 She has had lots of compliments when wearing it. It only took me about three evenings to make.

Then, this one! This was a quick project which I started yesterday when I intended to use up some Lion Brand Amazing yarn I had in my cupboard doing nothing. I made up the pattern and chained about 200 chains or just over. Then I single crocheted into the chains and then did half doubles for about 12 rounds. I finished with a single crochet edge. Easy peasy. It wraps round the neck three times. I thought the yarn would do the hard work and so it just needed a simple pattern and I am very pleased with it. Instead of joining each round and chaining up, I just continued and worked it in a spiral i.e. continuously if you get what I mean. I used a 6 mm hook for this project. 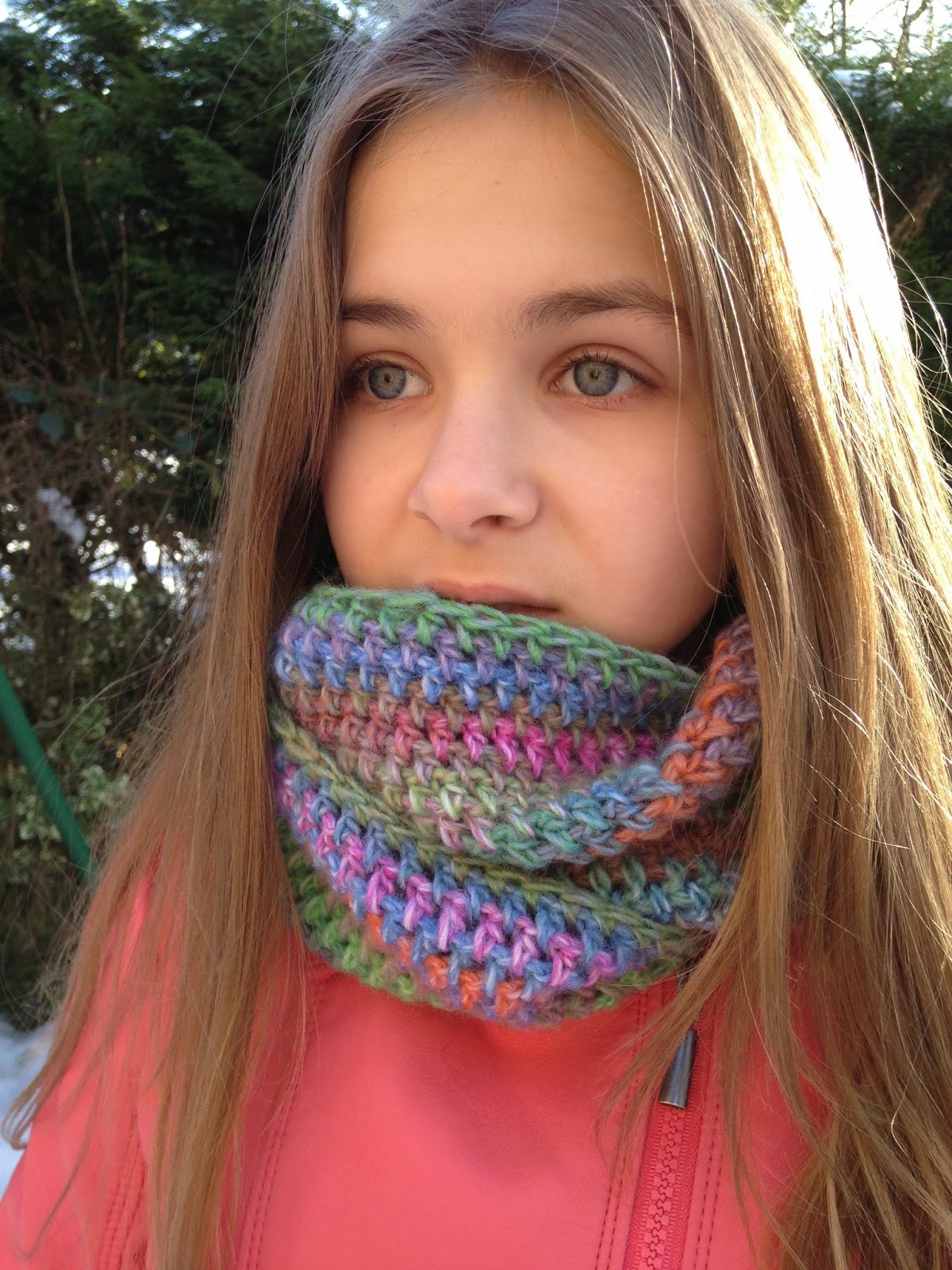 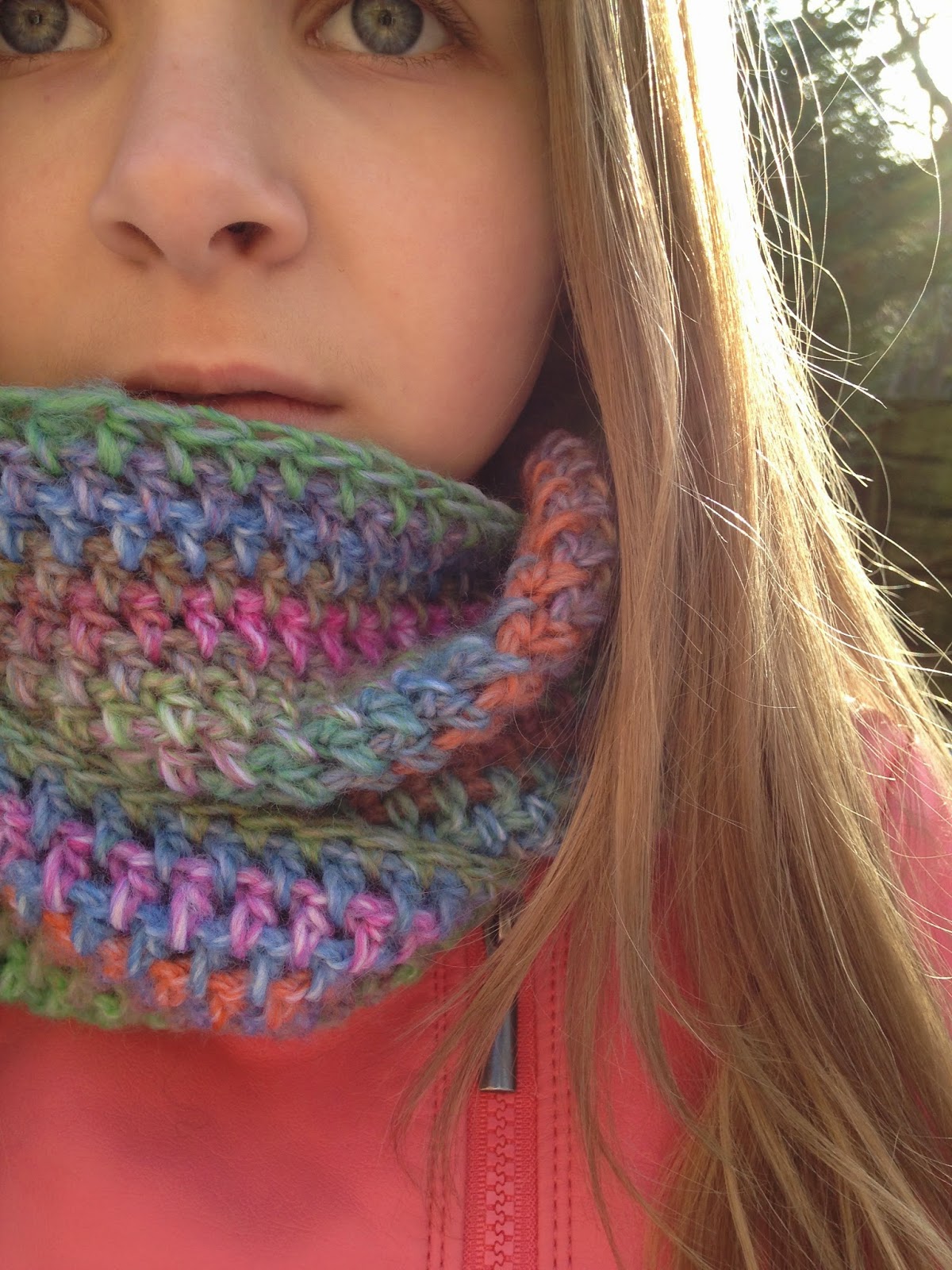 Thought I had better post these before the summer comes along!

Hazel
United Kingdom
I'm a 44yr old mum who loves to stitch and crochet her heart out. I find colour theraputic and love bright colours of the rainbow as well as lovely soft pastel shades. I am a full time secondary English teacher at a small, independent Christian school and have been there for eight years. Quite into the vintage vibe at the moment and love coffee, cakes, baking, reading, anything spotty/stripy, brave, gutsy people who are truly themselves, thunderstorms, my smiley, happy kids, and God who still loves me after all.

This is a Flickr badge showing items in a set called Crochet stuff. Make your own badge here.

Constantly being edited and updated.
I am open to gently used charts.
Love most things and autumn is my favourite season esp the colours but I don't like halloween designs or anything "witchy" or horoscopes etc.
Fabrics!! I am desperate for fabrics in neutral colours, creams, beiges, perhaps pale blue/grey. Evenweaves/linens in any colour.
Have just started a new wishlist on 123stitch.com to give some ideas. Just use my email address: hazelhenry@hotmail.com in wishlist section.

SAL links and other freebie sites

Other interesting blogs and links